Now that’s out of the way….. let’s hit play on this sucker.

The seven days between op and results were a mixed bag of pain, discomfort and freaking out. Unlike previous appointments this one screwed with my head. And not for the reasons you might think. I was absolutely terrified my doctor was going to tell me I had to have chemo. I can’t explain why the thought of going through that had a far great impact on my mental state than the fact I have breast cancer.

And the fact I was freaking out over that freaked me out because shouldn’t I have been freaked out when my doctor said ‘you have stage 1 breast cancer’?

Honestly I don’t get how my head works. But let’s recap my freak out moments.

1 – The thought of going under a general without telling the tribe.

2 – Mr.C not being there to hold my hand after surgery.

Why the hell didn’t I freak out about the cancer diagnosis? Because I can honestly say I didn’t.

I can also say there have been no tears at this point either. (There are tears later. More on that below.)

It’s weird. And confusing. And honestly, I feel like a fraud because I haven’t been sick. (Okay, that’s not true but my health issues had nothing to do with breast cancer.)

Anyway, back to the visit. The wounds are healing really well and the doctor is amazed that I stopped taking pain meds 4 days after the op. He’s more amazed that I’m not in pain. There’s mild discomfort and an occasional pain (usually when I’m in a cab and they hit a speed bump or pothole that I’d rate a 1 or 2 and gone in seconds). My arm seems to have normal function too. Although I will still be going to physio. After my 2 week post op check up.

But the best thing about the 1 week post op visit is the pathology results.

I could still elect to have it but the stats say having it will only increase my 5 year survival rate by 1% at most. For me that extra doesn’t warrant putting my body through the side effects of chemo. I’m already sitting at 95-97%. I like those odds. And I think I’ve said before, my doctor doesn’t like repeat customers and I don’t plan to be one. Still, I get another week to make the final decision on that and while we take the week, Mr.C and I have already made the decision.

The final dressings are removed from my wounds and both Mr.C and I are a little shocked to see what’s underneath. You see my dressings were surgical glue so they were clear which meant we’ve been looking at the wounds for two weeks and while they were getting better they still looked red and raw. Until the glue was peeled away. Obviously there was blood trapped in the glue alone the scars because when the nurse began peeling the glue off the wounds almost disappeared!

I kid you not.

We were both so shocked at the sight the nurse began to reassure us that the scars would fade thinking we were worried about how they looked. We quickly explained we thought they’d be worse to which she laughed and handed me a tube of scar cream. Next came a fitting for a compression sleeve. One I’m going to have to wear when I fly from now on. Mr.C suggested getting a patterned one so it looks like I have tattoos. I’m actually thinking of seeing if I can. Gotta get the thrills where you can, right?

Okay, glue removed, sleeve and scar cream in hand, now we find out the treatment from here.

Oh, and physio. For my arm and my lymphatic system. So the nurse makes the appointments and next thing I know we’re heading down to the basement.

The radiation oncologist is in the basement. After questions and explanations my oncologist recommends a 5 day partial breast radiation treatment.

I’m not kidding when I say I got teary. And I felt light-headed. I’d done research, I knew this short treatment was a possibility but until he said those words I didn’t really think it would happen. But it will. It is happening. (This week actually. Because I’m writing this retrospectively I’m on day two right now! More on that next week.)

But before we get to radiation I have to go to physio. Which really isn’t anything to get worked up about right?

Except it’s not really the physio that triggered freak out #4. The worst of all the freak outs so far.

You all know I live in the Princess Tower, right? 27 floors up? That’s a lot of stairs. But of course we have elevators. It’s late in the day because my appointment is at 6pm so the elevators are taking forever because everyone is coming home from work. It takes nearly 10 mins for one to stop at our floor. I get halfway down and realize I don’t have my referral so when the doors open on the ground floor I stay in and hit 27. Three other people get in, hit three more buttons and up we got. Stop #1 is level 15. The doors open, the person gets out, the doors close.

Then the lights go out.

And the f*cking metal box drops a few feet.

I’ve had breast cancer and now I’m going to die in a metal box!

We’re in the dim lighting (some sort of emergency lighting) and nobody else seems to want to push the alarm button but f*ck that shit, I pushing and not letting go even though it says to only push it for 5 seconds.

I’m pressing that thing for all I’m worth and I’m doing it for at least a minute.

And no one answers!!!

Then the elevator lights up and I think yay! except it’s not yay because none of the buttons work and the little screen that says what floor we’re on or passing isn’t lit up either! It’s another few minutes and I’m not breathing well because I’m not good with closed in spaces without windows. To the point that I avoid using the bathroom on a plane. And I’m still thinking I’m going to die in a metal box. Especially when it drops a few feet again.

We do that dropping thing a couple more times and by now it’s been more than 5 minutes and I’m sweating (and I don’t sweat!) and feeling light-headed because I’m not breathing right.

I should probably mention the only male in the box with me is laughing.

I’m almost at the point of punching him in the throat when the elevator jolts and then the doors spring open (I’ve never seen them open that fast before!) and I’m diving from the box. I didn’t even look where we were. I just jumped out. Literally jumped! Scared the crap out of the people waiting too. I aimed right for the big window that’s in the ground floor lobby. Stood in front of that thing for another 5 mins before I worked out I wasn’t going to calm down enough to not walk out of the building to my cab without tears streaming down my face.

So there I am, dropping in to the backseat of the cab, sobbing, and struggling to confirm that yes, I’m the person who called.

I cried all the way to my physio appointment. I’m surprised the driver didn’t call the police. I can’t imagine it was pleasant to hear me sobbing for 30 mins.

After calming down I manage to get through an hour of exercises and massage that hurt more than the damn op did. I was sore for days afterward and popping pain meds again.

But that was last week and while it hurt then my arm is now really good.

Until I started radiation.

But that’s next weeks episode. 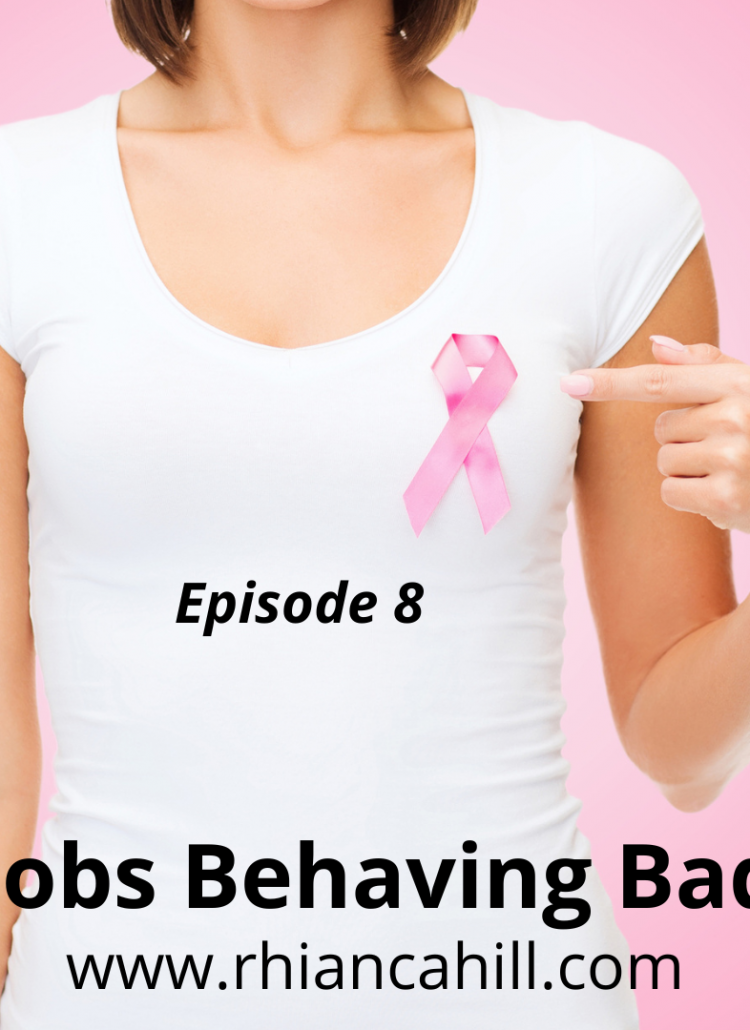 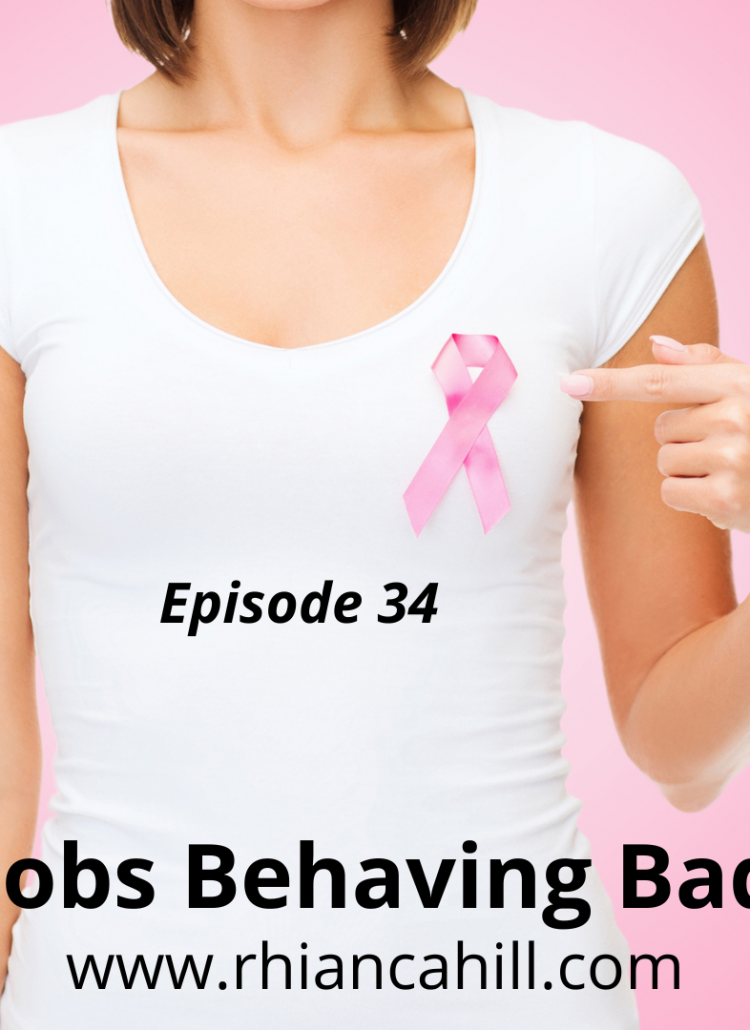 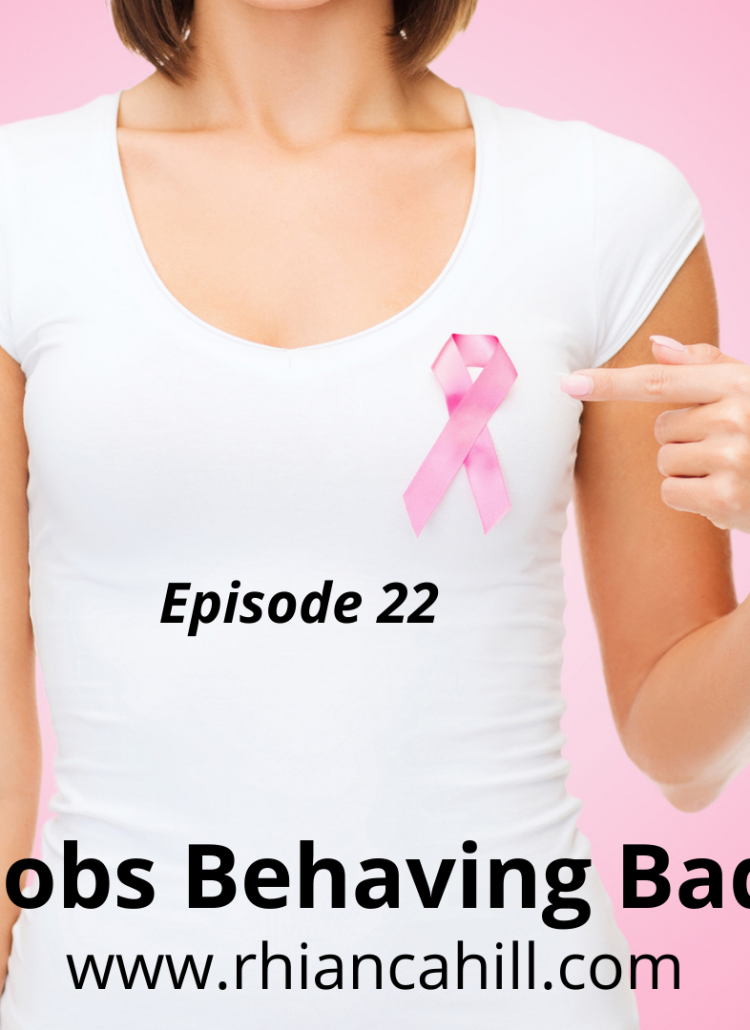