Wondering what this is all about? Get catch up here –

In the know now? Great! Let’s hit play on this sucker.

I don’t know how I feel about that. My inability to articulate my thoughts or even recognize them is why this episode is late.

I wasn’t sure what to talk about. And there’s so much else going on in our lives right now that I can’t decide if it’s genuine confusion over this milestone or if it’s the murky murky waters of another trip to Oz to visit the tribe being canceled.

Another trip. Another possible closed border. Although the Oz gov has come out and said they won’t close borders I’m not sure I’m ready to believe them.

Everyone keeps asking if I’m excited to go and honestly, I’m not. But not for the reason you might think. It’s a conscious effort on my part NOT to get excited.

It’s been two years since we’ve seen the tribe and in that time we’ve been gifted another 3 Gbabies. It’s a lot to miss. A hell of a lot. So many Gbaby snuggles I could have had.

But then I think about what I could miss if I hadn’t been proactive in my breast checks. *shudder* Let’s not go there!

We’ve been getting ourselves organized for the trip (minus the usual excitement packing a bag gives me) and our spare bedroom is full of things we’ve collected over the last 2 years. As well as the new things we’ve bought ready for Christmas.

Speaking of Christmas. We’re host the extended family this year at our house. The one #PrincessOne lives in with her partner and daughters. Oh wait! Have I told you about the latest addition to the Cahill tribe?

Phoenix Valli was born September 16 (at home) and it happened to be the day I had my physio appointment. Yes, the day I got trapped in an elevator and had a complete freak out.

So picture this, I’m in the cab (crying my eyes out) heading to my appointment when I got the message from #PrincessOne that THINGS WERE HAPPENING!!

CRYING ME EYE OUT!!

I couldn’t get on Facetime!

Then I had to get through my ONE HOUR appointment before I could even check my messages!

Once I was out and cleared to head home I booked a cab and madly started messaging with #Princess&thePea because she was Indi’s support person and THINGS WERE REALLY HAPPENING!!!

I swear, I was losing my mind! The whole drive back home (about 30 minutes) I kept wishing the driver would go faster except he was already a bit of a speed demon and the whole vertigo thing that normally kicks in when I’m in a car took on a new level because I was reading and writing text and it seemed to take forever but finally, FINALLY we arrived home and I raced up stairs and hit Facetime.

And just in time too.

Within the next hour Phoenix was born, big sister watching and asking the most important question of all – What is it? – on repeat. Indigo had been adamant throughout the pregnancy that she was getting a sister. Grandpa said she was getting a brother. They argued over it all the time. So when Phoenix was born and it was confirmed she had a sister Indi said, “I told Grandpa he was wrong.” I couldn’t help but laugh. Then again, she’s always making me laugh because she’s 4 going on 40.

Needless to say, the birth of Phoenix was a highlight of a difficult time and while I couldn’t be there I was able to be there.

And soon, fingers crossed, knock on wood, pray, send out positive vibes, make a sacrifice…..whatever it is you do, do it! so I can get on that plane December 16 and get me some Gbaby snuggles.

It’s hard to believe how much has happened in the last 3 months. Everything moved at lightning speed once my diagnosis came in and we had the new Gbaby and honestly, I’m wondering how I haven’t gone out of my head.

I’ve said before, I don’t feel all that different. I haven’t felt different for most of this. It’s a monumental thing and life altering and yet, I feel the same.

Which begs the question – Why don’t I feel different?

I have breast cancer.

Those words still don’t seem real to me.

The whole thing has been surreal.

And while it’s life altering I don’t feel as though mine has changed. Well except for the alarm that goes off every morning reminding me to take my meds.

I’m going to have to ponder this some more. 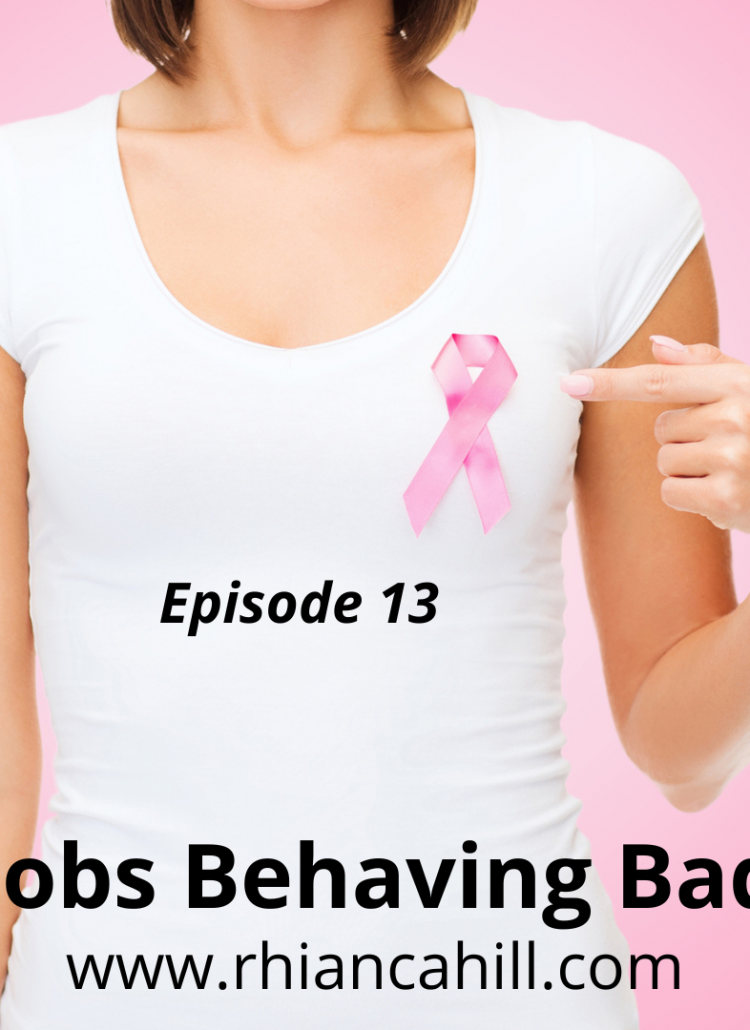 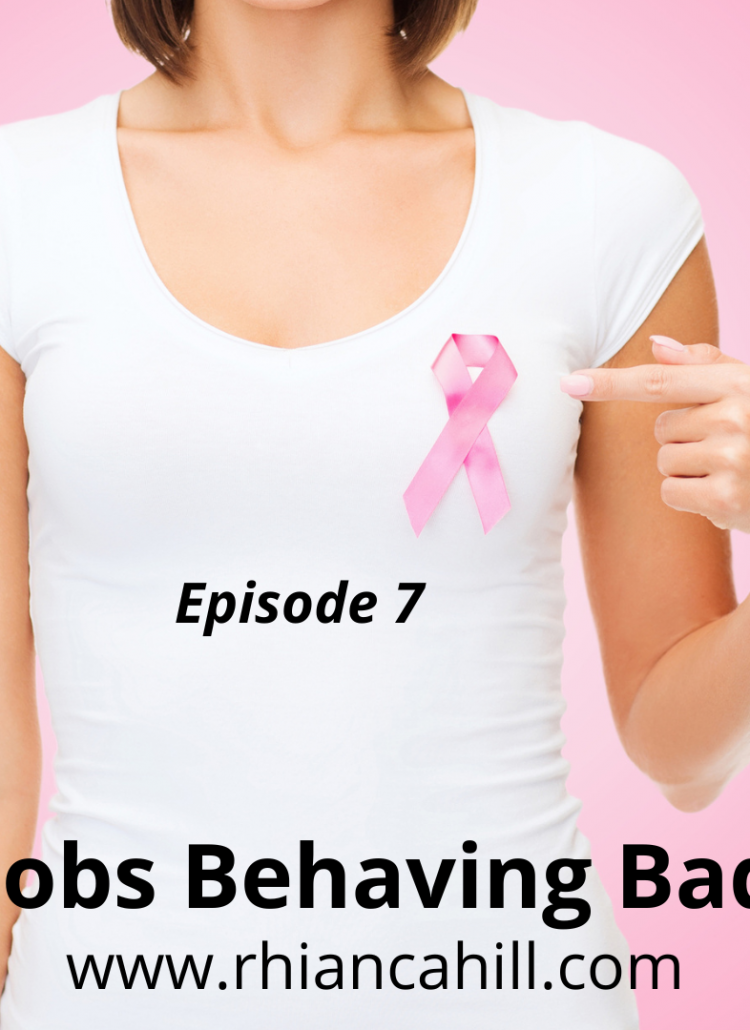 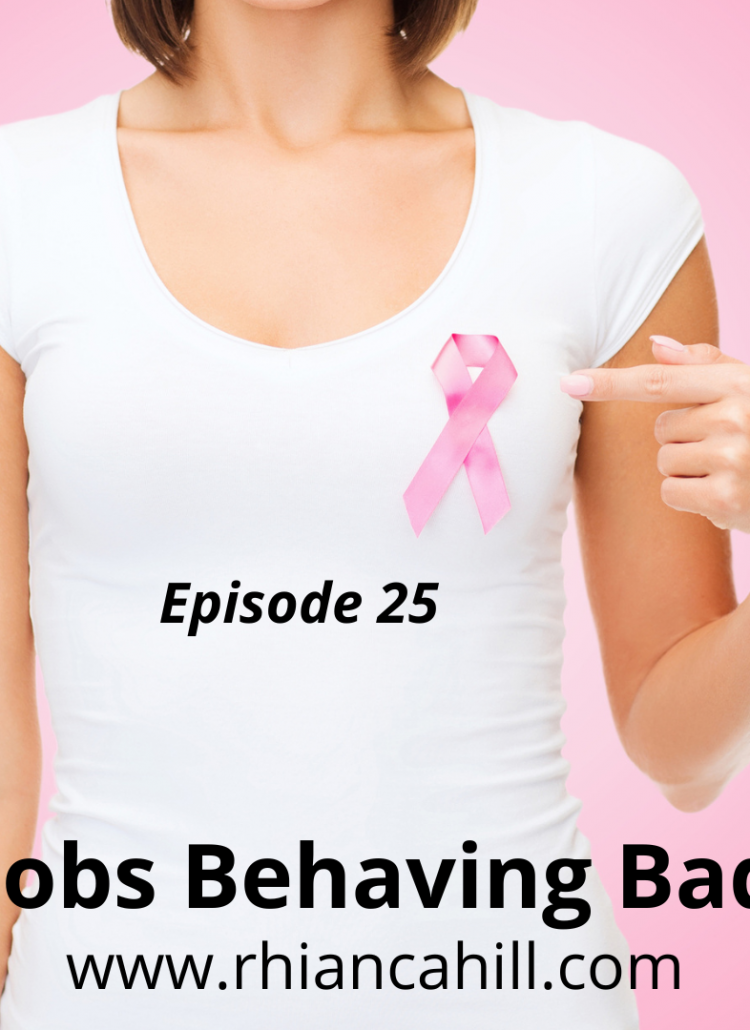